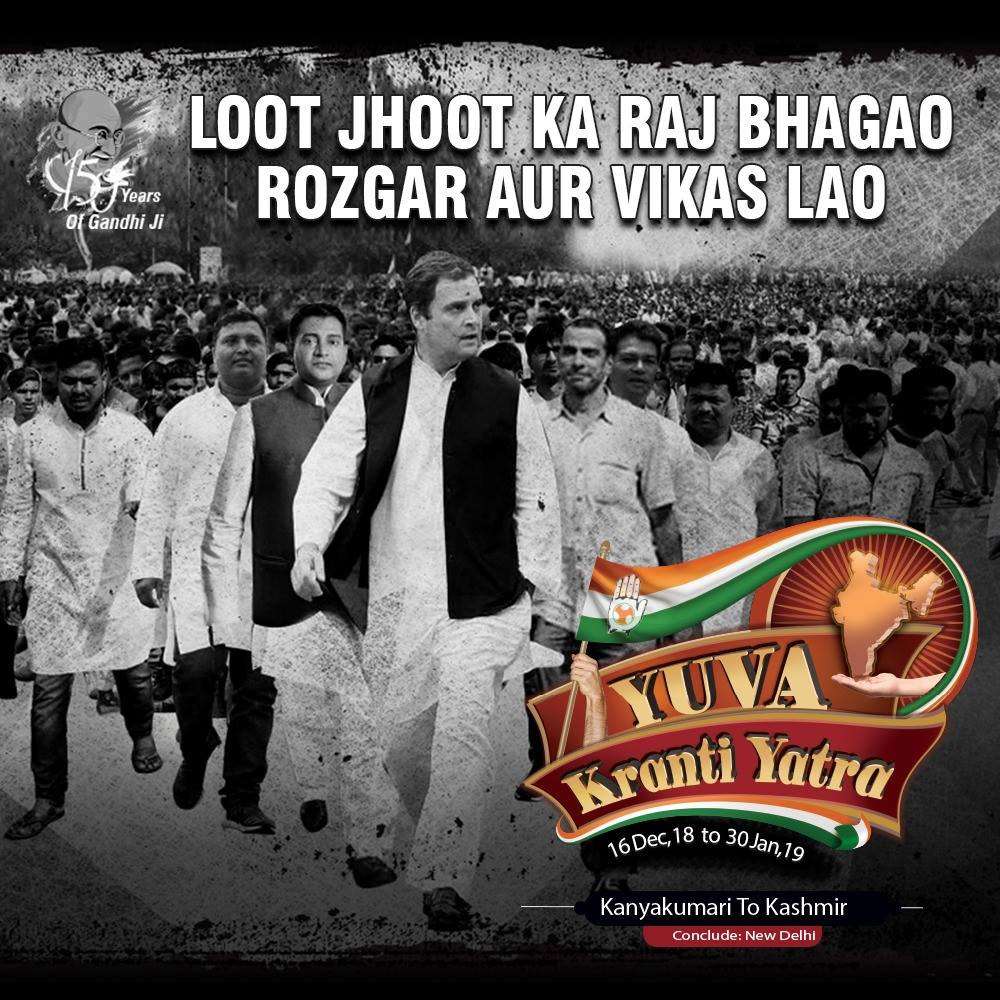 Yuva Kranti Yatra, a nationwide massive public outreach campaign which had started from 16th Dec 2018 and ended on 30th Jan 2019. The yatra was conceived to highlight the failures of the ruling dispensation and to unite and amplify the voice of the youth of our nation. Yuva Kranti Yatra was instrumental in communicating the ideology and philosophy of the Congress party to the people of our country.

Yuva KrantiYatra reached the National Capital of Delhi after traversing more than 22,000 KMs of the country in a span of 46 days; a feat accomplished with the help and cooperation of the Youth. The participation it received clearly indicated there are resentment and anger against the Modi Govt for having failed to deliver its promises made to us. To sum up, unemployment amongst the youth, insecurity to the women and downtrodden, distress of the farmers, failing business of the entrepreneurs due to ill-conceived demonetization and hastily implemented GST.

In course of the nationwide march, Yuva Kranti Yatra had vehemently highlighted these issues plaguing the nation and brought out facets of Multi-Million dollars Rafale Scam. Yatra had also successfully relayed the ideology and philosophy of the Indian National Congress along with its achievements in the nation building.

On the completion of the Yatra, a large programme named ‘Inquilab’ was being organized at the Talkatora Stadium, New Delhi. The programme was addressed by INC National President, Shri Rahul Gandhi.