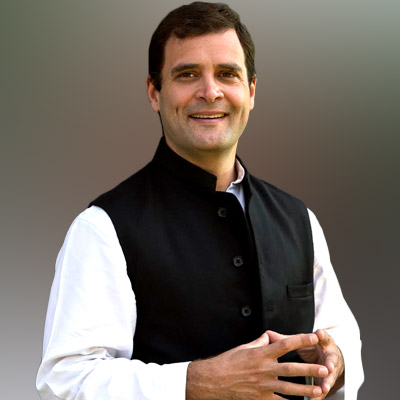 Our Inspiration and Leader

Shri Rahul Gandhi is the source of inspiration for IYC. He represents the youth of today and their voice. He is the national president of Indian National Congress, the grand old political party of India. Rahul Gandhi is three-time Member of Parliament, Lok Sabha from Amethi in Uttar Pradesh. He holds an M.Phill degree in Development Studies from Trinity College, Cambridge University. As a politician with grit, he vociferously champions the causes of the common man in and out of the parliament. The issues endearing to the poor, marginalized, farmers, women and downtrodden remain closer to him. His thoughts and ideas are what drive the IYC to transcend different boundaries. Coming from a family who had dedicated their lives in the service of the nation, Rahul Gandhi remains embedded into the realities of the nation.

Reckoning the power of youth; he considers that they should step in politics and shape the destiny of the nation. Youth provides the impetus needed to drive the nation ahead.